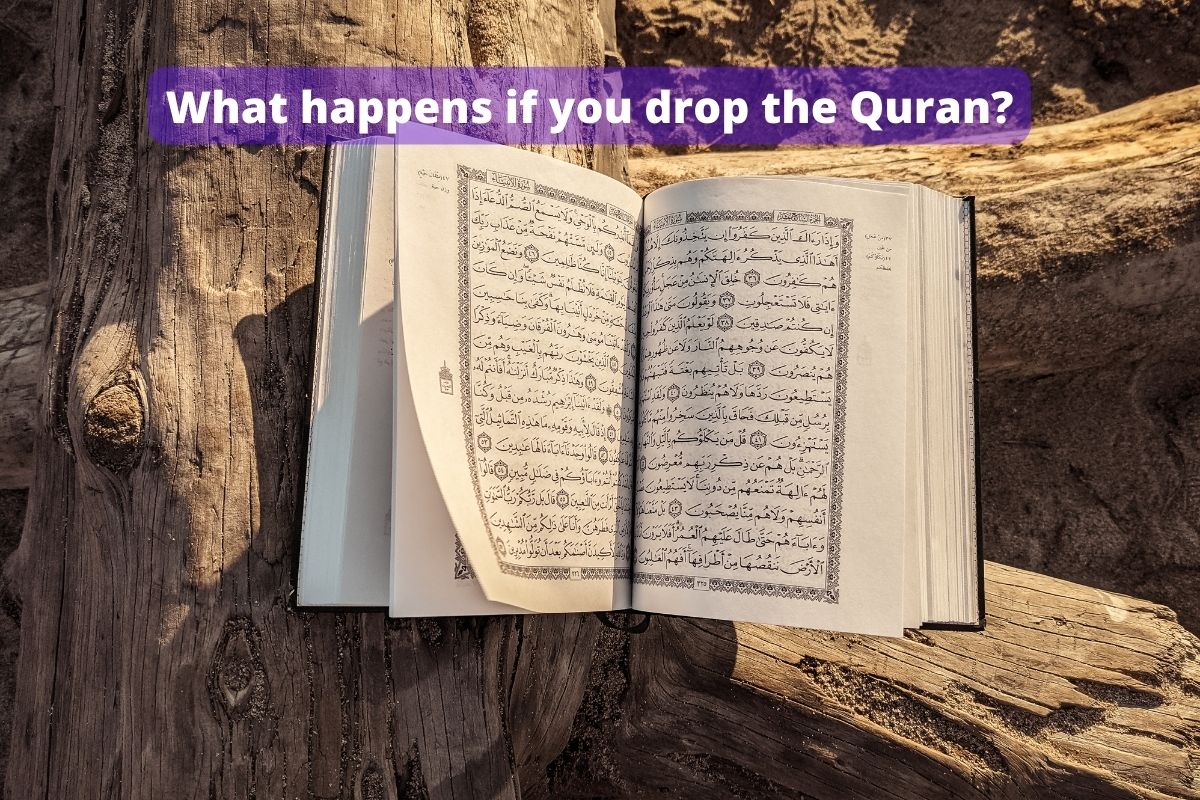 The word of Allah, the Holy Quran, is a sacred book that all Muslims honor and respect. We recite Quran to become closer to Allah and understand his message to us.

Keep reading as we explain in more detail what happens if you drop the Quran. And what you must do if it actually does happen.

What happens if you drop the Quran?

If you dropped the holy Quran on the floor by accident you have to pick it up quickly. You must also dust it off. Assuming you were reading from the Mushaf (Quran) then continue reading, or return the Quran to place again.

If the Quran slips unintentionally from your hands onto the floor, you have to pick it up instantly, remove whatever dust may have attached to it, resume your reading, or put the Quran in its normal place.

There is no sin in making mistakes. What is wrong is not learning from it, that is what a true believer is.

Allah describes by saying: “Our Lord! Punish us not if we forget or fall into error”

When doing a mistake by accident it is not a sin even when dropping the Quran. You didn’t do it intentionally. Which means that you haven’t done anything wrong, or anything to make you a sinner.

Islam teaches us that when we do something wrong we should ask for Allah’s mercy and Forgiveness and not return to doing them again.

In that regard to dropping the Mushaf (Quran) the same thing applies. Pick up the Quran quickly, dust it off and ask Allah for forgiveness.

Allah will accept your dua and forgive you because you haven’t done anything wrong. There is a fatwa states that dropping the Quran by accident is not something against Islam. So there is no need to worry.

Is kissing the Quran forbidden?

Some people say that kissing the Quran is a Bidah and is forbidden. However, imam An-Nawawi said that it is okay to kiss the Quran.

Imam An-Nawawi said that before the Ikrimah used to place the Quran on his forehead and then kiss it to show respect.

This shows us that kissing the Quran is not forbidden. Actually, it is a form of respect, and there is nothing wrong in doing so.

Is it okay to put the Quran on the prayer mat while praying?

Respecting Quran is something that all Muslims should do; we should respect the Quran and protect it.

However, some people go extreme when it comes to protecting the Quran or showing respect. You might now wonder what we mean be saying extreme so let’s see.

There is a narrative says that:

“For thirty years I have not entered a room in which there is a Mus-haf without having wudu.”

That’s what we mean by saying extreme. In the past, there were no shelves in the mosque, and there is no place to put the Quran. So they used to place the Mushaf on the mat. What is important is to place the Quran on clean ground or mat.

“Sincerity towards the Book of Allaah includes not putting it in places where it will be treated with disrespect or were putting it there is a kind of disrespect towards it. Such as a place where garbage is put and the like.

Hence it is essential to avoid doing what some children do when they finish their studies when they throw their books which may contain part of the Qur’an in the streets or in the garbage and so on. Allaah forbid.

It often happens that a person is praying or reading from the Mushaf and he wants to prostrate. So he puts it down in front of him. This is not regarded as disrespect or mistreatment of the Mus-haf, so there is nothing wrong with it.”

When the Shaykh was asked about the rules of putting the Quran on the ground his answer was:

“It is better to put it in a high place so that it will be exalted in both the literal and metaphorical sense. Allaah says (interpretation of the meaning): “Exalted (in dignity), purified”

If you need to put it down, then put it down in a place that is raised up, even if only a little. If that is not possible then it is permissible to put it on the ground, on a clean carpet, and the like. The Qur’an should not be put down in a low place or a place that is impure or on the dirt, because that is showing disrespect towards it. But if a person needs to put it down on a clean carpet, there is nothing wrong with that, so long as one is keen to exalt it both literally and metaphorically.”

Now you know what happens if you drop the quran. Accidents happen, and the Quran might slip from your hand by accident, and there is no wrong with that and you shouldn’t feel guilty.

What you should do when you drop the Quran is to simply pick the Quran quickly and dust it off, and then return the Quran to where you normally put it.

Putting the Quran on the ground or a mat is not wrong, as long as the ground or mat is clean, and if there are children in the house make sure that they won’t play with the Quran.

After you finish praying or reciting Quran return it back to where you normally place it. 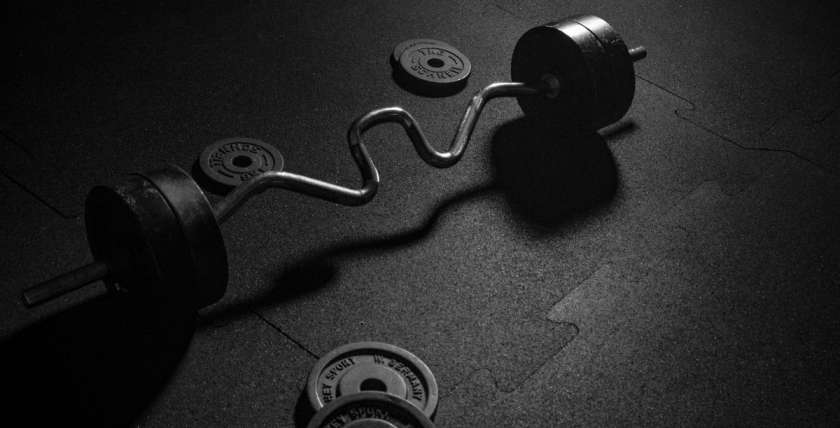 Can You Listen To Quran While Working Out? 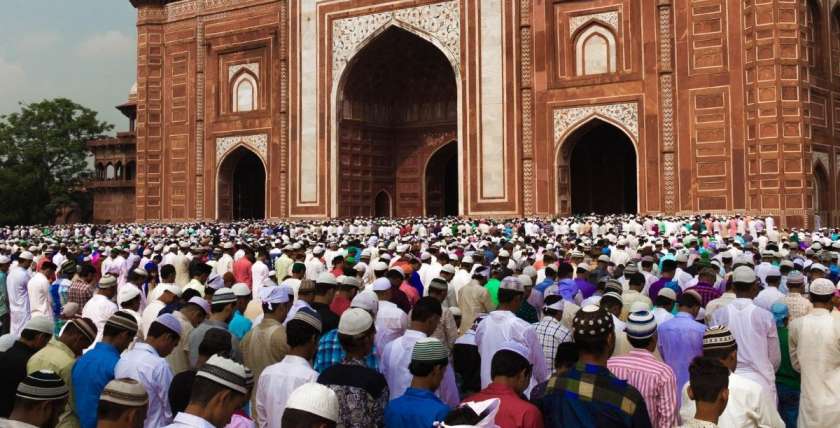 How to Perform Eid Khutbah? A Simple Guide for Everyone