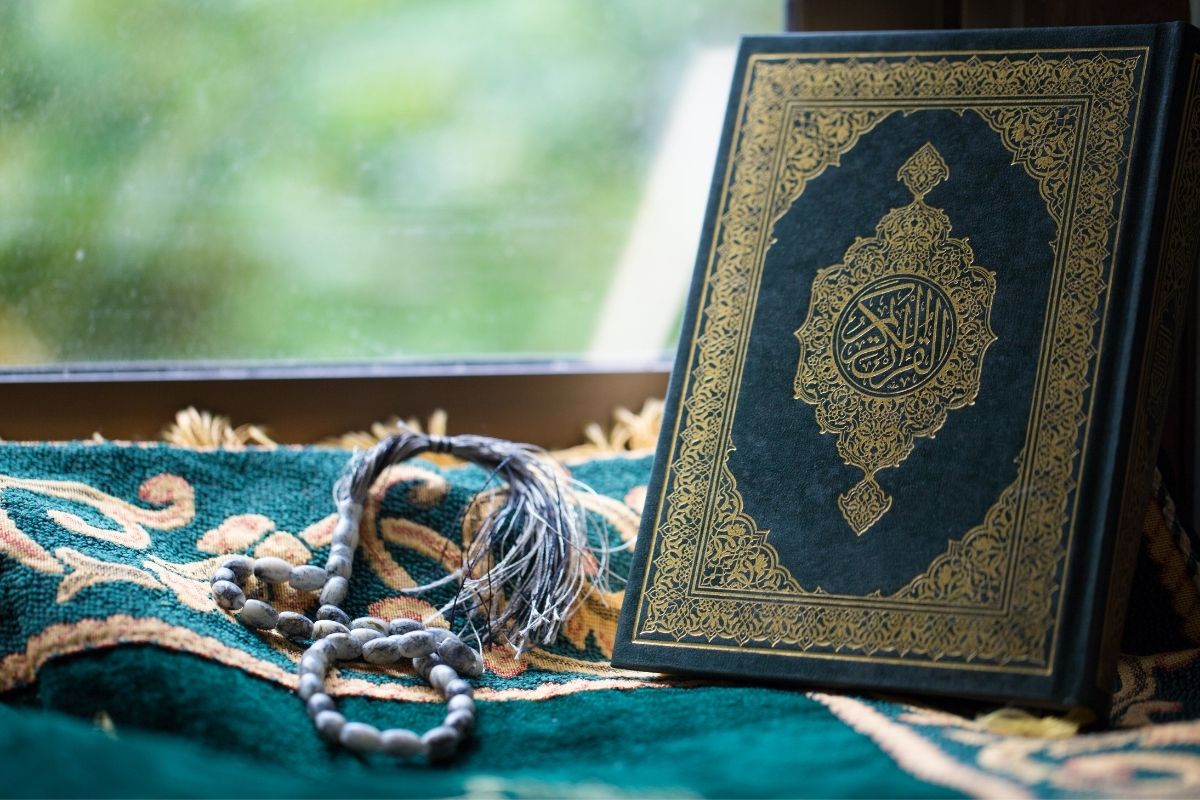 What is Quran Tafsir?

The Tafsir in the Quran deals with linguistics, law, and theology. Tafsir can be roughly split into three groups in terms of perspective and methodology, namely:

These sources are the Quran itself. Where the explanation is done by referring to other Quran ayahs that speak about the same subject matter.

The second source is the Prophet’s (PBUH) traditions. In which His words and actions provide light on the meaning of Quranic verses.

The third source is the interpretation of Quranic texts by Prophet Muhammad’s Companions (PBUH). The Prophet’s (PBUH) companions were the people who got knowledge directly from interacting with Him.

As a result, after His death, they would discuss the verses of the Quran. And everyone would try to understand the ayahs (verses) based on his experience with the Prophet (PBUH).

Thus, the interpretations of the Quran offered by the Companions of the Prophet (PBUH) are likewise valid.

It is also known as Ijtihad. This type of Quran Tafsir is not based on knowledge transfer, it is based on reasoning.

It is important to emphasize that Ijtihad does not imply hasty or arbitrary interpretations; rather, it is achieved by comparing the texts, traditions, and sayings of Prophet Muhammad’s renowned Companions (PBUH). Scholars argue and arrive at a certain interpretation of the Quranic verses as a result of this comparison and contrast.

There are also general distinctions between classic tafsirs, which were collected by authoritative leaders of Muslim scholarship throughout the formative years of Islam, and modern tafsir, which tries to reach a broader audience, including the general public.

Some people think it’s enough to learn how to read Quran and memorize it. As rewarding as this is, Allah has also ordered us to understand what we read and memorize of Quran. One of Islam’s principles is to think and resonate with its teaching until we’re content with it.

Here’s a list of X reasons why you should start learning Tafsir today:

It Connects You with Allah SWT

Learning Tafsir allows you to comprehend the messages and meaning of the Quran. Understanding the words of our creator indeed gets us closer to Him. as it was mentioned in Quran:

“And indeed We have created man, and We know whatever thoughts his inner self develops, and We are closer to him than (his) jugular vein.”

When you learn Tafsir, you get to learn your Islamic duties and how to properly perform them. Another virtue of knowing your duties is knowing their value. You grow more aware of the value of Salah when you know what Quran says about it. And you become more attached to Zakah once you understand its significance in Quran.

Some meanings in Quran are not clear especially for non-Arabic speakers. Quran Tafsir eliminates the chance of misunderstanding a word or a sentence, as we were ordered to understand Quran in its right context.

“The likeness of those who were loaded with the Torah, but did not carry it, is like that of a donkey carrying books.”

To Learn About Islamic History

You can learn the undistorted account of Islamic history by studying Quran Tafsir. Nothing will be a more authentic source of learning about early Muslims and their good and bad deeds than the Quran, Allah’s direct words.

In the Quran, Allah Almighty tells various stories, including those of previous Prophets and their People, miracles of Prophets, the miracle of our Last Prophet Muhammad (PBUH), and many more. To understand and comprehend the principles underlying these stories, one must first grasp the Quran’s Tafsir.

Understanding The Exact Meanings of Words

Quran is rich in language. The same word can have a different meaning than the usual or the literal meaning of it. So, it’s important to understand and learn what each word means in its context.

The companions of the Prophet Muhammad (PBUH) used to memorize the Quran verse (ayah) by verse in order to fully comprehend it. Uthman Bin Affan, Ibn Masud, and others would learn 10 verses from the Prophet (Peace Be Upon Him) one after the other, and they would not go on until they had grasped the meaning and application of these verses.

To Learn More About Islamic Rules

Fiqh is an Islamic jurisprudence or an individual’s interpretation of Sharia. It is a compendium of the Islamic law that is done with great care by referring to The Quran.

Family connections, such as nikkah (marriage), treating blood relatives, and wealth distribution are all performed out while keeping the Quran’s precepts in mind. This is only possible if the persons in charge of formulating laws, i.e. the Islamic council, are familiar with the Tafsir of the Quran.

As the Quran mentions:

Having All The Answers

Whenever you feel lost in life, you should search for the solutions and answers in Quran. You can’t possibly have all the answers except by having a clear idea of what Quran verses mean. Knowing the explanation of Quran messages will allow you to find the answers faster and more accurately.

“Verily this Quran leads to the path that is most right”

Ability To Invite People To Islam

Once or twice in your life, and if you’re lucky enough, someone will ask you to direct them to Islam. They’ll be non-Muslims who want to learn the truth about Quran from a real Muslim, not from media and western perspectives.

When you have knowledge of Quran Tafsir, you get to direct them in the right way and answer all their questions correctly.

Not Falling For Misinterpretations

The world is expanding, and more people than ever before have access to other people’s cultures and ideas. Some people may believe they can explain the Quran in a “modern fashion” that ignores some of its most essential principles, allowing others to perform what is haram in Islam without feeling guilty about it.

You will not fall into this trap if you study the accurate Quran Tafsir. You’ll understand what the verses actually mean, and you won’t buy what others are attempting to sell you.

This is also vital for your children since you should raise them with the correct Islamic teachings so that they are not influenced by distorted ideologies from outsiders.

How Can I Learn Quran Tafsir?

You can learn Quran Tafsir by enrolling in Quran Tafsir courses online or hiring an online private Quran tutor. Learning Tafsir on your own is not the best idea.

Of course, you can read Tafsir books and watch videos of Shaykhs explaining particular stuff, but it’s always better to have a professional guide with you.

Signing up in an online Tafsir class gives you the chance to learn with a professional Muffasir that uses credible sources to teach you the right concepts and their meanings. Tutors will help you understand the difficult concepts and hidden meanings behind verses.

Check out QuranOnline.com Tafsir courses with well-trained professional online tutors who are ready to adjust to your learning needs according to your age and knowledge level. 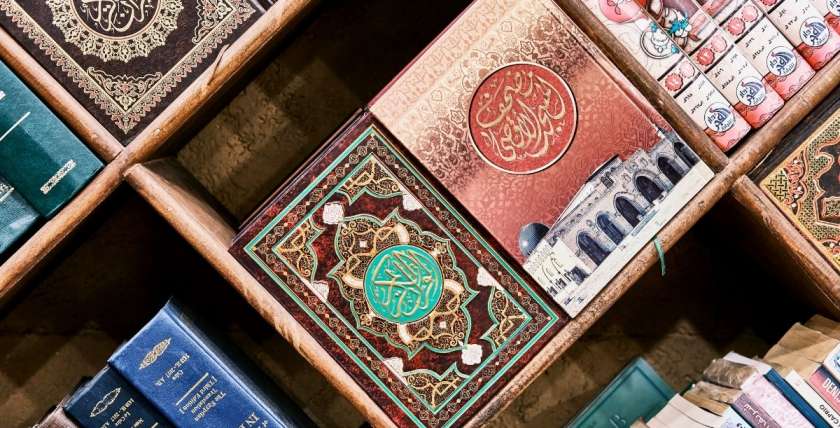 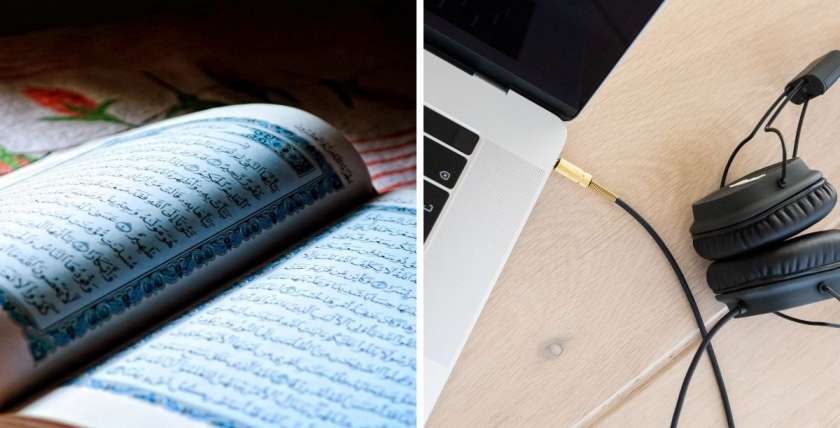 Can You Listen To The Quran Without Wudu?

What Happens If You Miss Eid prayer?

Do You Pray Fajr on Eid?

How Long Does Eid Prayer Last?

Is Eid Khutbah Compulsory At Home?