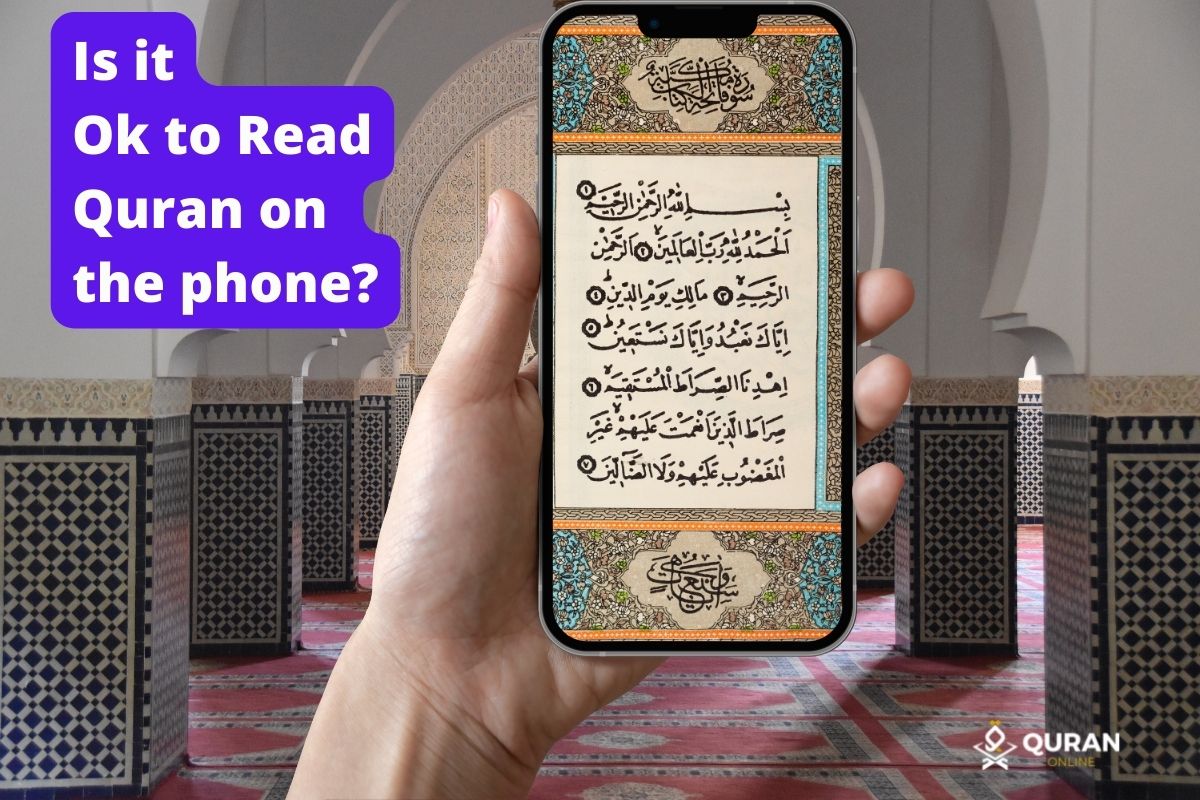 Sometimes you wonder if it’s ok to read Quran on Mobile you feel like in desperate need to communicate with Allah and ask for his guidance, so is it ok or not? Let’s find out.

Is it OK to read Quran on Mobile? Yes, it’s ok to read Quran on mobile, you don’t have to wait until you get back home to read Quran, hold your smartphone and recite as many surahs and verses as you like. There are no restrictions on that.

If you want to know more about the rewards of reading the Quran from the smartphone and if you will be rewarded the same as reading from the Mushaf then keep reading.

Can you read Quran without wudu on your mobile?

Yes, you can read Quran without wudu as long you are not reading from the Mushaf itself. Sometimes you are outside and you don’t have the Mushaf with you. Or you have a Mushaf but you are not in the state of Wudu. Then read from the mobile phone don’t let anything stop you from reading the holy Quran.

When Shaykh ‘Abd al-Rahman ibn Nasir al-Barrak was asked about this matter his reply was:

“It is well known that it is not essential to be free from minor impurity when reciting Quran from memory. Or even from major impurity. But purifying oneself before reciting Quran, even from memory, is better. Because it is the Word of Allah; and it is more respectful towards Him to only recite it when in a state of purity.

When reading from the Mushaf it is essential to be in a state of purity in order to touch the Mushaf; because of what it says in the famous hadith:

“No one should touch the Quran but one who is pure.”

And because of what it says in many reports from the Sahaba and Tabi’in. This is the view of the majority of scholars.

Which is that it is haram for one who is in a state of impurity to touch the Mushaf. Whether that is for reading or otherwise.

Based on this, it seems that mobile phones and similar devices on which Quran may be recorded do not come under the same rules as the Mushaf because the letters of the Quran in these devices are different from the letters in the Mushaf.

Will you get fewer rewards if you read Quran from a mobile phone?

No, the idea here is to read Quran whenever you can. Of course, it’s better to read from the Mushaf. But that doesn’t mean that reading Quran from the mobile is less rewardable.

Smartphones make it easier for us to read Quran anywhere we are and we should take advantage of that. There are many Quran apps that you can download for free. These apps allow you to read Quran with tafsir or even listen to it. Use that to get closer to Allah.

What we must aim for when reading Quran is to focus and understand on what we are reading. Not just read without understanding a word.

Is there a difference?

Shaykh Ibn Baaz was asked about the difference in rewards when reading Quran from Mushaf or reciting it from memory. His answer was:

“ I do not know of any evidence to suggest that there is a difference between reading from the Mushaf or reciting from memory; rather what is prescribed is to reflect and focus, whether one reads from the Mushaf or recites from memory. It can only be called recitation if it can be heard; it is not sufficient just to look with the eyes, or to think of the words without uttering them. The Sunnah is for the reader to utter the words and reflect. As Allah, may He be glorified and exalted, says (interpretation of the meaning):

“[This is] a blessed Book which We have revealed to you, [O Muhammad], that they might reflect upon its verses and that those of understanding would be reminded” [Saad 38:29]

What we understand from his answer is; it doesn’t matter if you read Quran from the Mushaf, mobile, or memory. What matters is to focus and understand the verses. That’s why if you understand more when you read from the mobile then read from it

Is it better to read Quran from Mushaf or from mobile/memory?

It is better to read Quran from the Mushaf but if you don’t have access to one then you can recite Quran from mobile or memory. And An-Nawawi said in al-Adhkaar:

“Reading Qur’an from the Mus-haf is better than reciting from memory.

This is the view of our companions, and it is the well-known view among the early generations (may Allah be pleased with them). But this is not absolute; rather if a person can reflect, ponder and focus more when he recites from memory than when he reads from the Mushaf, then in his case reciting from memory is better. If both options are equal in that regard, then reading from the Mushaf is better. This is what the early generations meant when discussing this issue. “

Will you be rewarded for reading Quran from your smartphone?

When someone asked that question to Imam Wael Shihab, his reply was” Reciting the Noble Quran is greatly rewarded by Allah Almighty. This reward applies whether a Muslim recites the Quran from a written copy (Mushaf) or from any other digital source such as a computer, a mobile phone, a website, or the like.”

So, yes, you will be rewarded for reading the Quran from the smartphone or from anywhere you read, the important point here is to read Quran whenever you can.

What are the rewards of reading the Quran?

As Muslims we should read the Quran daily, it’s what guides us in our lives and protect us from committing any sins. Allah said the following about the ones who read the Holy Quran:

{Indeed, those who recite the Book of Allah, and establish prayer and spend [in His cause] out of what we have provided them, secretly and publicly, [can] expect a trade that will never perish; that He may give them in full their rewards and increase for them of His bounty. Indeed, He is Forgiving and Appreciative…} (Fatir 35: 29-30)

The prophet peace and blessing be upon him also told us many things about the rewards of reading the Quran, here are some of the hadiths:

“(On the Day of Judgment,) it will be said to the people of the Qur’an, ‘Read (the Quran) and occupy your high degrees. Recite (the Quran) as you used to recite it in the world, for your position will be at the end of the last (Quranic) verse you read.”

“If anyone of you likes to speak to Allah, he should read the Qur’an.”

It doesn’t matter if you can’t read the Quran correctly, it’s more than enough that you keep trying, the prophet said: “Whoever recites the Quran and masters it by heart, will be with the noble righteous scribes (in Heaven).

And, whoever exerts himself to learn the Qur’an by heart and recites it with great difficulty, will have a double reward.”

By that we end this article I hope you’ve found what you’re looking for, and if you need any information you can always visit our website, QuranOnline.com 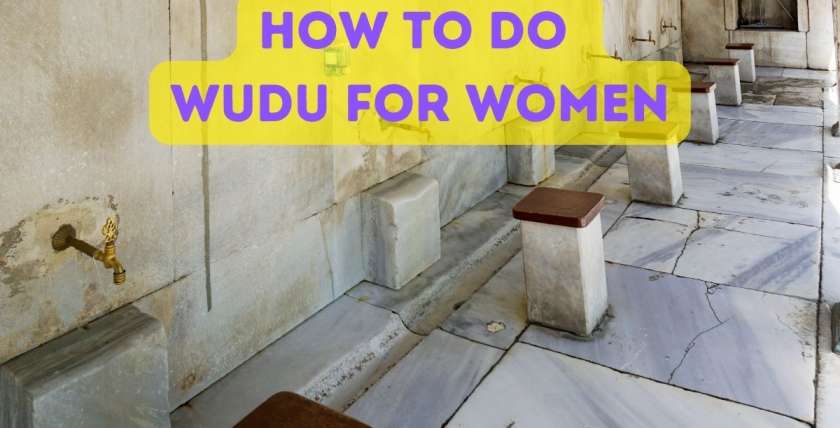 How To Perform Wudu for Females? A Simple Guide 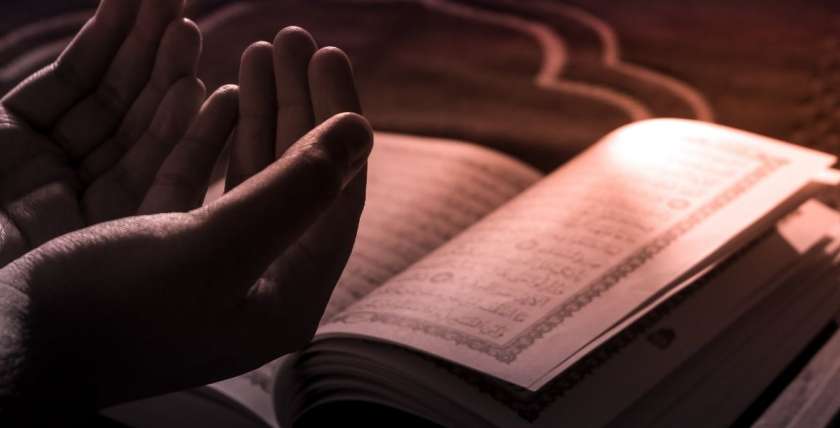 What Is The Best Way To Learn The Quran Online? Explained Simply