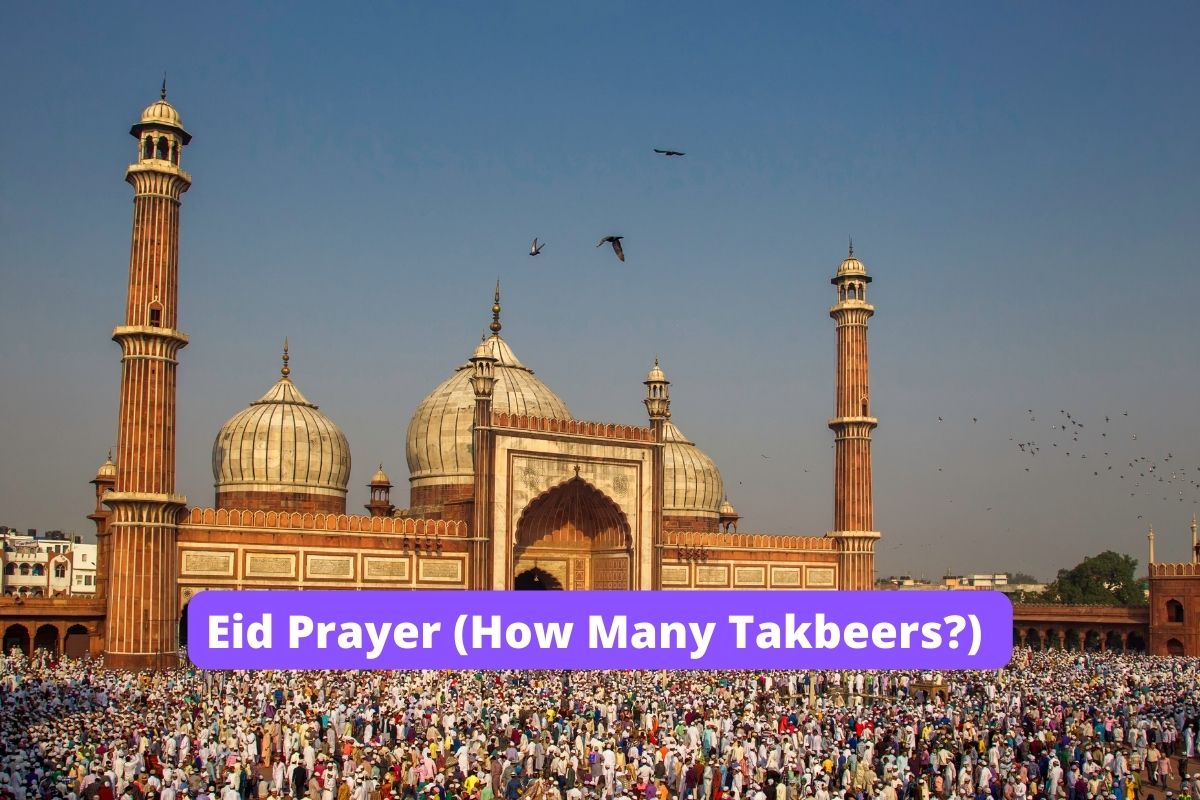 Eid ul Adha prayer is a prayer that we offer on the first day of Eid ul Adha, so in this article, we will learn everything we need to know about it.

Now if you want to learn how to pray Eid prayer step by step and how Muslims celebrate Eid ul Adha then keep reading.

Eid meaning in English is “festival” or “feast”. In Islam, there are two major Eids which are Eid al-Fitr (Festival of Breaking Fast) which comes after Ramadan the month of reading the Quran and doing good deeds. Eid al-Fitr marks the end of Ramadan (the month of fasting) and it is the first three days of Shawwal (the 10th month of the Islamic calendar)

Then comes Eid al-Adha (Festival of Sacrifice). During this festival, the Muslims that are capable of buying sheep, goats, camels, or cows to sacrifice, do so. They buy what they can afford and divide the flesh of the animal among themselves, the poor, and friends and neighbors. Also, during this Eid people tend to visit their friends and family.

Eid al-Fitr is a three-day festival and there are many Eid gift ideas to celebrate it with your friends and family. The second Eid is Eid al-Adha which is the larger Eid, it is a four days festival.

By the way, feel free to check out our guide to working on Eid Day here (and if it is even allowed)

How do Muslims celebrate Eid al-Adha?

Eid al-Adha comes at the end of the Hajj (capable Muslims go to the holy city of Mecca in Saudi Arabia) to do the pilgrimage.

How to pray Eid prayer? How Many Takbeer in Eid Ul Adha Prayer?

Before you start praying first you should prepare yourself by doing the following:

One of the nights that no dua is rejected is the night before Eid, the prophet peace and blessing be upon him said:

It is sunnah to take a shower and wear your best clothes before going to the Eid prayer, and also to apply perfume.

This means “God is the Greatest, there is none worthy of worship besides God and to God belongs all praise”.

Also, you should know that there are no nafl prayers offered before or after the prayer. Abbas said, ‘The Prophet (saw) went out to the place of prayer on the Day of Fitr and prayed two Rakah of Eid prayer, not praying before or after them’. [Bukhari]

Now here are a step-by-step guide to learning how to pray in Eid ul Adha prayer:

The intention comes from the heart you don’t have to say it. Say the following: ‘I intend to pray two Rakah of the Eid al-Fitr prayer for Allah.’ By doing so you prepare yourself mentally so that you can concentrate.

Even if you know how to perform the salah on your own you shouldn’t move or speak before the imam. You are not racing with the imam, so listen to him and follow his lead.

Then you will recite the al-Istiftah Dua. Afterward, the imam will say “Allahu Akbar” 7 times and you will repeat after him and raise your hands after each utterance. After raising your hands put them back down by your sides.  “Allahu Akbar” means “The Lord is the most magnificent” or “Allah is the greatest.”. while al-Istiftah Dua is the dua that refers to starting the salah. There are multiple dua but here are one of them: غَيْرُكَ (Subhanaka Allahumma wa bihamdika wa tabarakasmuka, wa ta’ala jadduka wa la ilaha ghairuk).

4-       Now put both your hands on your chest, place the right hand on top the left hand.

The imam will now recite surah Al Fatiha and then a second Surah. The sunnah is to recite surah Al A’la in the first rakah. Listen to the imam carefully and try to focus.

Meaning that you will bow and place your hands on your knees and say “Subhaana rabiyal ‘adheem” three times. Try to make your back parallel to the ground and look at the ground. Then when you hear the imam saying “Sami Allahu liman Hamidah”, stand up again and say “Rabbana lakal Hamd”, and they both mean “Allah hears those who praise him,” and “Our Lord, praise be to You.

You get onto your knees with your forehead touching the ground and say “Subhaana rabiyal a’la” three times. Then you will sit and do another sujud. And this is the end of the first rakah.

Then the imam will recite surah Al Fatiha and another Surah. The sunnah is to recite Surah Al Ghashiyah in the second rakah. During this listen carefully and try to focus.

Then you will recite the al-Istiftah Dua. Afterwords the imam will say “Allahu Akbar” 5 times and you will repeat after him. Then go to ruku after the third “Allahu Akbar”. Now say “Subhaana rabiyal ‘adheem” three times. Try to make your back parallel to the ground and look at the ground. Then when you hear the imam saying “Sami Allahu liman Hamidah”, stand up again and say “Rabbana lakal Hamd”, and they both mean “Allah hears those who praise him,” and “Our Lord, praise be to You.

You get onto your knees with your forehead touching the ground and say “Subhaana rabiyal a’la” three times. Then you will sit and do another sujud.

Tashahhud is recited in arabic as follows:

“All the compliments are for Allah and all the prayers and all the good things (are for Allah). Peace be on you, O Prophet, and Allah’s mercy and blessings (are on you). And peace be on us and on the good (pious) worshipers of Allah. I testify that none has the right to be worshipped but Allah and that Muhammad is His slave and Apostle.

Now, it’s time to level up your Muslim scores a bit more. Check out our online Quran courses here. 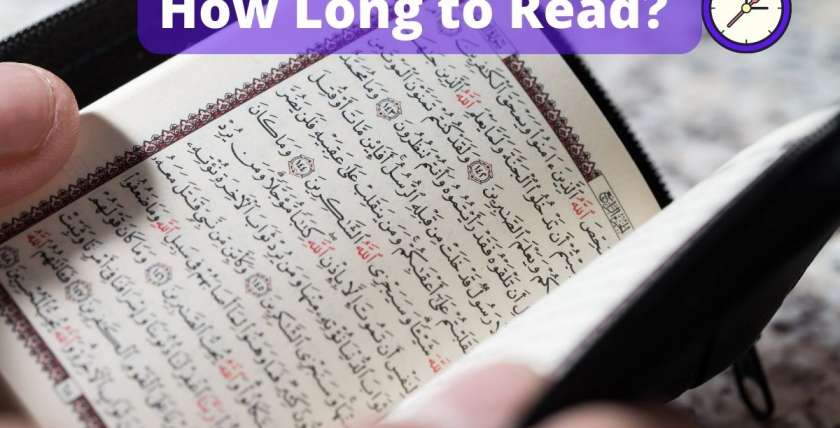 How Long Does It Take to Read the Quran? 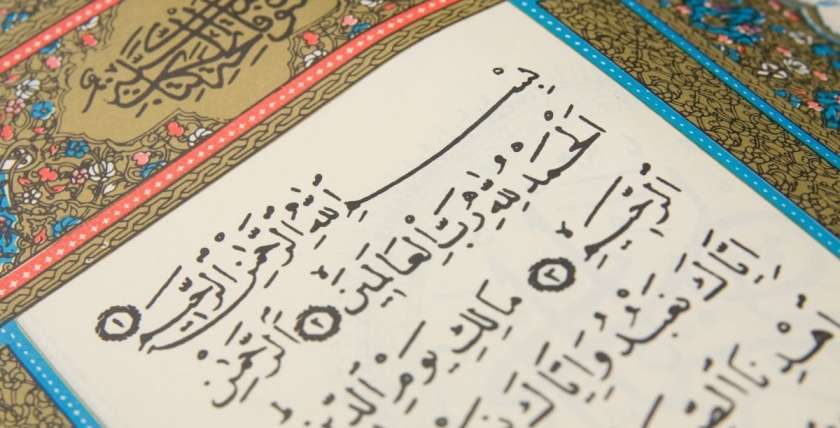 Do You Need To Learn Arabic To Understand The Quran?