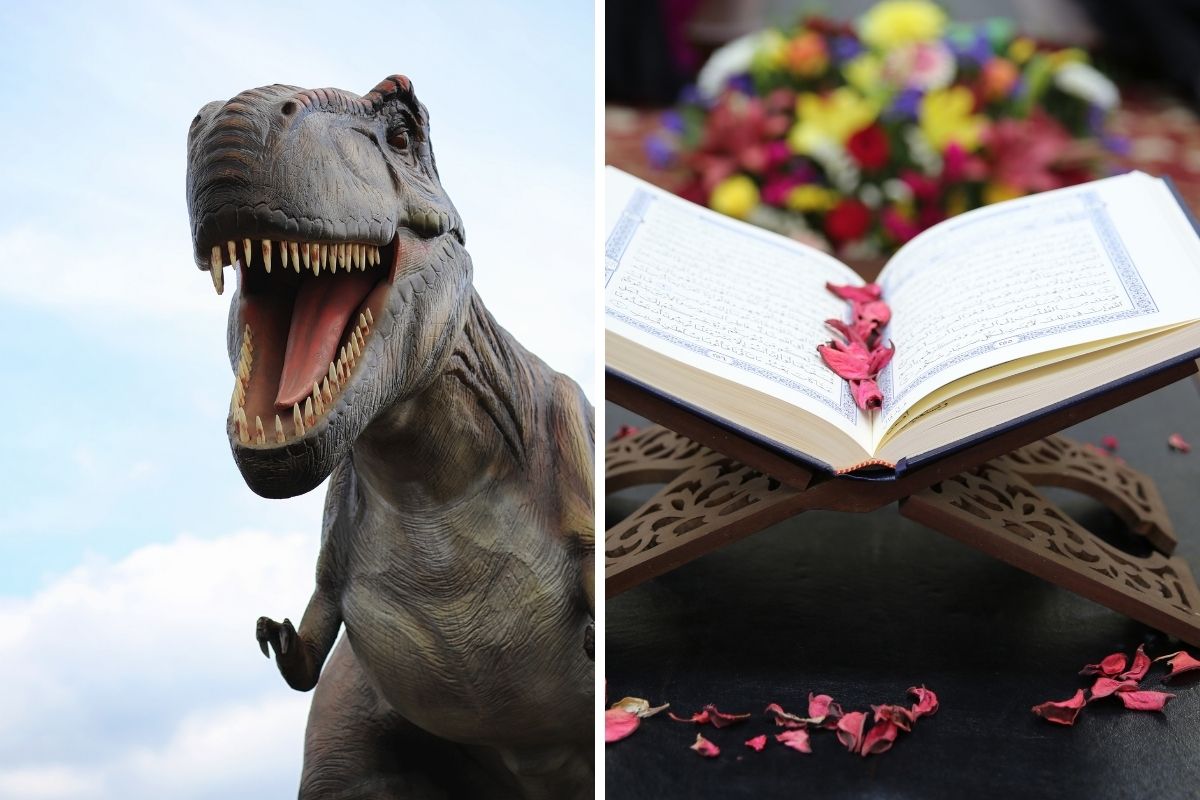 Dinosaurs, The epic creatures with small hands. Whenever we think of dinosaurs we imagine a Jurassic Park movie with gigantic creatures running around cities smashing skyscrapers and jeopardizing humanity or the human race. Well, science fiction is enjoyable but even though all these movies are from our imaginations, dinosaurs are very real and they used to roam this planet millions of years ago.

You are probably thinking and wondering and questioning, if they really existed does Islam mention them? What did God say about them and why did he abolish them from earth? And most importantly, does the Quran mention dinosaurs?

So Does The Quran Mention Dinosaurs?

No. The Quran does not mention dinosaurs. Neither does sunnah. Prophet Muhammed never spoke of them as well. And even ancient civilizations seem to know nothing about them or any other religion.

Dinosaurs are non-avian reptiles that used to live on our planet about 200 million years ago. They were huge and we only have their fossils as in their bones but have no idea what their exterior figure was like. We use science and technology to reach predictions.

When did we discover dinosaurs?

In 1824, English geologist William Buckland announced he discovered the remains of a New Animal. Back then scientists didn’t know what kind of an animal it was and knew nothing about the diverse group of Dinosaurs.

When Did Dinosaurs Live?

Dinosaurs lived about 243-200 million years ago. This is according to their fossils as it is the only remaining evidence of their existence.

What does Islam say about  Dinosaurs?

Islam says nothing about dinosaurs. Neither the Quran nor the sunnah speaks about them. However, God mentioned that before he had created Adam for earth there were creatures that lived according to the Angels that questioned him in surah Al Baqara

“Behold, thy Lord said to the angels: “I will create a vicegerent on earth.” They said: “Wilt Thou place therein one who will make mischief therein and shed blood?- whilst we do celebrate Thy praises and glorify Thy holy (name)?” He said: “I know what ye know not.”

This may indicate that it was dinosaurs that the Angels spoke of. However, there are a lot of animal species that the Quran never mentioned whether alive or extinct. Like giraffes, butterflies, or DoDo birds.

Why did Allah kill all Dinosaurs?

It is unclear until today how the dinosaurs went extinct. The most common theory is that it was due to a comet that hit the earth. It is more likely that God ended dinosaurs so that the earth may be ready for mankind. For as dinosaurs could have easily hunted down Adam and Eve and crushed them.

Are all Dinosaurs extinct?

Yes. All Dinosaurs have been extinct for millions of years. There are no living Dinosaurs but birds are considered Dinosaurs descendants.

What Does the Word Dinosaur mean?

It comes from the Greek name Dinosauria which means terrible lizards. The scientist Richard Owen gave them that name in the nineteenth century.

Who lived before Dinosaurs?

Why didn’t the Quran mention dinosaurs?

Nobody knows why God never mentioned dinosaurs. But keep in mind that Muhammed and his people at that time did not know of dinosaurs, nor did any ancient civilization so it would have been weird if God spoke of something that wasn’t yet revealed to mankind.

Did the dinosaurs exist?

Yes, Dinosaurs existed. The proof that we have is that we found many dinosaur fossils. We found fossils of their skulls, body, tails, and full dinosaurs were discovered. So there is no doubt that they existed back in an ancient geological era.

Should a Muslim believe in dinosaurs?

It doesn’t really matter. Believing or not believing in dinosaurs is quite irrelevant to Islam. Yet, it is important to know that science has proven its existence as a fact. So why not?

Does God Mention Other Creatures in the Quran?

Yes, God mentions many creatures in the Quran who are not humans or animals. He speaks of them extensively, In almost Every surah. Creatures like devils, and  Angels. A proper Muslim should believe in everything God mentioned in the Quran.

Do any holy books or religious texts mention Dinosaurs?

No. Dinosaurs are not mentioned in any holy or sacred text.  Humans first knew about dinosaurs when their fossils were discovered in 1824.

When Did Dinosaurs Go Extinct?

Did Adam and Eve Knew Dinosaurs?

It is unlikely that any human might have seen a living dinosaur. Humans have likely appeared on earth five to seven million years ago. Dinosaurs died 65 million years ago. There is about a sixty million-year-old gap between the last dinosaur and the first human.

In conclusion, whether you believe in God, evolution, or universe, or anything, dinosaurs were the history of the earth. They existed, they were diverse and variable and one thing we know for sure is that most of them were huge. No religion or holy book mentioned them and no holy book ever denied them.

Whether or not they were exactly how we imagined them on the big screen is something we will never know. Yet science has uncovered many interesting facts about Dinosaurs and keeps unraveling more and more each day.

Some interesting facts about Dinosaurs :

Start your journey to learn more about the quran and become Quran Hafiz with our online Quran courses now. 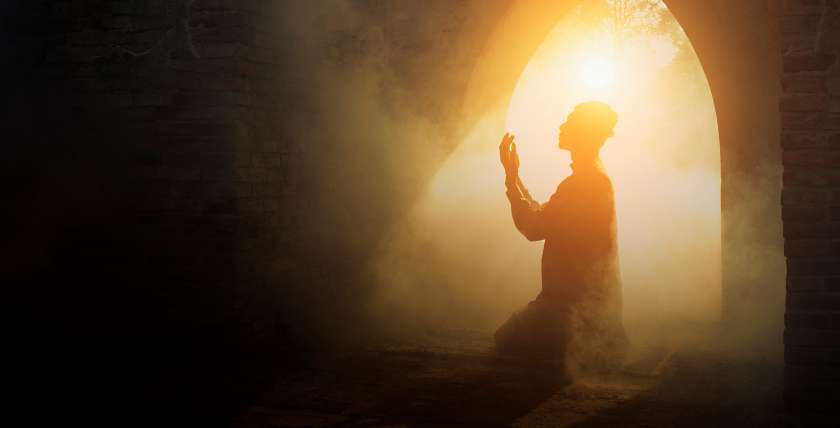 Allah’s Infinite Knowledge And Will