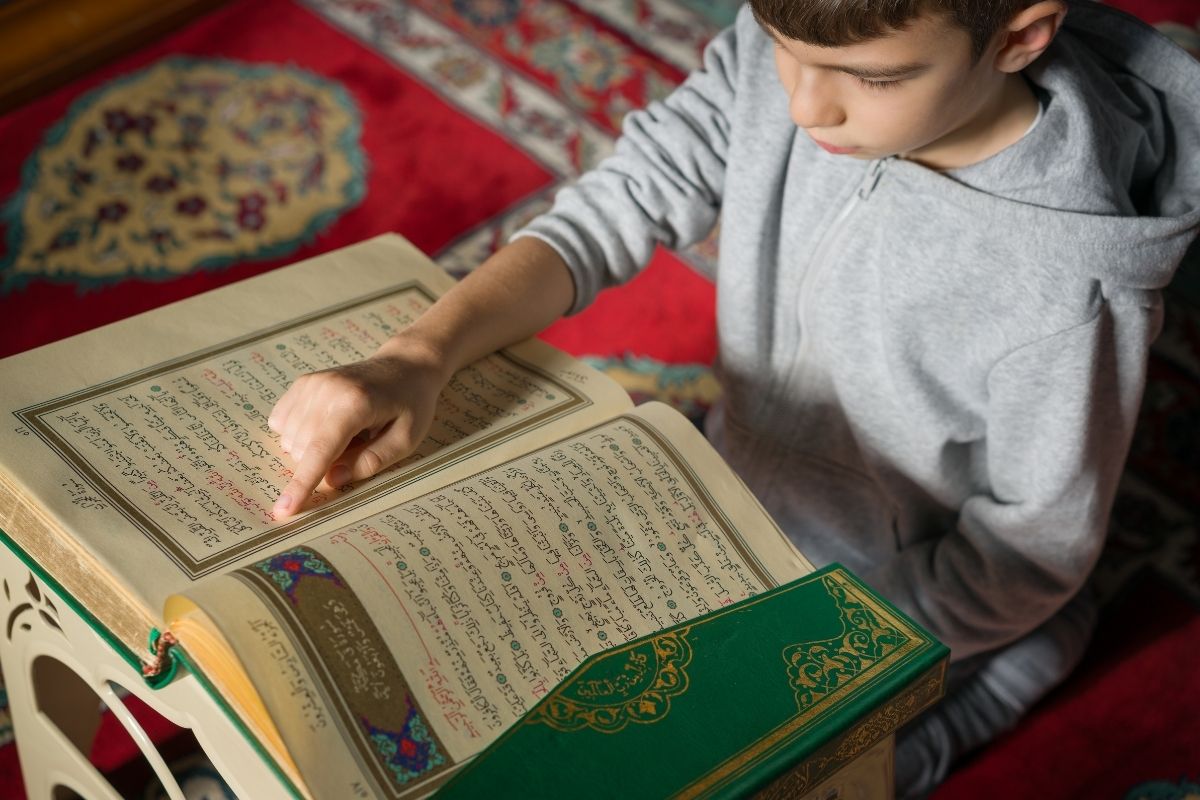 Do You Need To Learn Arabic To Learn Quran?

Non-Arabic speakers have the difficulty of not knowing the Quran’s true meanings since they do not understand Arabic.

Knowing that Allah SWT brought down His Holy Book in Arabic in order for us to understand it that way inspires many people to learn Quranic Arabic in order to read the Quran. Is it possible that you are one of them?

Quran online is here for you with all the answers of why and how to learn Arabic to understand the Quran.

What is Quranic Arabic?

The Quran is written in Quranic Arabic, which is a type of Arabic language. It is sometimes referred to as “classical Arabic,”. This is the standardized literary form of the Arabic language that was used beginning in the seventh century and lasting through the Middle Ages.

When you learn Arabic, you will study its alphabet (abjad) and become acquainted with letterforms as well as the fundamentals of the language. You will also study Tashkeel in order to accurately understand and recite the Quranic text.

One of the distinctive features of Arabic is the use of vowel markers (Tashkeel). It is used to show how words are pronounced throughout the Quran. Tajweed teaches this as well. Muslims study Tajweed to learn how to pronounce words correctly and to find the right rhythm for reciting the Quran.

“and recite the Quran properly in a measured way.”

Why Do I Have To Learn Arabic To Understand Quran?

If you are genuinely committed to completely understanding all of the lessons contained within the Quran, you must first study Quranic Arabic. But this isn’t the only reason. Here is a list of reasons to think about:

Arabic is The Original Language of the Quran.

When books are translated from their native language, they lose a lot of their charm. Nothing compares to the Arabic text, despite the fact that the Quran is beautiful and graceful in every language.

Reading and understanding the Quran in its original language connects you to its essence and brings you closer to Allah SWT by reading His actual words.

Quran Translation is Not Enough

Although translations can teach you a lot about the Quran, nothing beats learning it in its original language. Understanding and mastering the complexities of Quranic Arabic will open up a new level of comprehension. This would otherwise be lost in translation.

Quran translation may help you understand the actual meaning, analyze the teachings, and learn everything you need to know about Quranic stories. Reading the Quran in a foreign language, on the other hand, takes away its spiritual element.

The Arabic Vocabulary Is Extensive And Authentic.

One of the marvels of the Quran is that it describes everything clearly and without distortion. There are no filler words or phrases that are misplaced, and each sentence conveys the entire precise concept.

“[All] praise is [due] to Allah, who has sent down upon His Servant [Muhammad] the Book and has not made therein any deviance.”

Reading Each Letter Gives You A Good Deed (Hasanah)

Let’s all agree that reading the Quran is beneficial, and Allah SWT multiplies what He pleases. Reading it in Arabic, on the other hand, has to have its own set of advantages. Prophet Muhammad (Peace Be Upon Him) once remarked, according to Abdullah ibn Masoud:

“Whoever recites a letter from the Book of Allah, he will receive one good deed as ten good deeds like it. I do not say that Alif Lam Meem is one letter, but rather Alif is a letter, Lam is a letter, and Meem is a letter.”

When the Arabic letters Alif, Lam, and Meem are combined, a type of Quranic word “Mutshabehaat” is formed. The idea of this Hadith is that each letter of the Arabic alphabet gains a good deed (hasanah).

How To Learn Arabic To Learn Quran?

Learning Quranic Arabic is not about gaining good marks, certificates, or degrees. Everything comes down to YOU and your connection with the Quran and your willingness to understand it for the sake of Allah SWT. It’s a gift to your future self.

Start With The Alphabets (Abjad)

We know it’s a given, but it’s vital to highlight that you must first master the Arabic alphabet. People attempt to avoid this stage because they believe it is a waste of time, but they end up confused.

Arabic contains a total of 28 letters (Abjad). Each of the 28 Arabic letters has a fundamental form, but it varies depending on whether the letter is at the beginning, middle, or end of the word. You won’t be able to understand Arabic transcripts until you know how to write each of these letters.

You learn the letter first, then a word, then several words to create a phrase using appropriate Arabic grammar, and so on. So you can’t possibly ignore the first step and expect everything else to fall into place.

You may see tiny symbols put above or under the Arabic letters if you are learning how to read and speak Quranic Arabic. In Arabic, this is known as Tashkeel. They may not be present in all forms of Arabic writing, such as the Modern Standard.

They are necessary though to learn how to read and understand Holy writings such as Quran or Hadith. Tashkeel can change the meaning of words and cause confusion or misunderstanding if not understood correctly.

Learn  the Common Verbs and Vocabulary

The Quran contains certain frequent verbs that, if learned, may make Arabic learning considerably easier. Verbs such as come, speak, believe, disobey, know, make, think, and work appear often throughout the Quran and account for around 16% of the whole Quranic text.

Then, because you are studying Quranic Arabic to understand and recite the Quran, not to acquire other irrelevant terms, you should concentrate on the words given in the Quran. To save time, avoid studying words from subjects not included in the Quran.

By studying Quranic grammar, you will get an understanding of the fundamental structural aspects of the Arabic language, from letters to words to sentences, as well as how structure relates to motion.

Check out Quran Online comprehensive course on Quranic grammar to make this step much easier for you.

Learning Quranic grammar allows you to have a better grasp of the Quran’s meanings. The Arabic language cannot be fully understood without context, which is provided through grammatical structures.

While learning and understanding the entire grammar of Quranic Arabic may take years, you may make a decent start with just a few hours of study. This is determined by the quality of the materials you use as well as the level of competence your Quran instructor has.

Immersion in any language you wish to learn is also a good way to learn Arabic. For example, if you want to acquire as much Arabic vocabulary as possible (those mentioned in the Quran), the best way is to see it, hear it, write it, and speak it. So, in order to obtain the desired results, attempt to combine as many of these activities as possible.

If you want to know how to learn Quranic Arabic quickly, you have to listen to Quran recitation more frequently. It’s important to make it a daily habit to listen to at least one Surah (chapter) from a reciter of your choice. In a few weeks, you’ll be able to notice improvements.

In order to avoid mispronunciation of words and concepts in the Quran, readers of the Holy Quran must conform to specific recitation criteria known as tajweed. These recitation instructions were created to imitate how the prophet Mohammed (Peace Be Upon Him) recited the Quran in his time.

Start learning tajweed as soon as possible so you can include it in your own recitations. This can also help you understand what the Shaykh is reciting, boosting your chances of success in learning the language.

Put what you learn into practice

Don’t be frustrated if it’s been months and you still can’t understand everything, learning Arabic can take a while but it’s worth it.

Online Arabic classes are the most straightforward and convenient approach to learn Quranic Arabic to understand Quran. It is not enough to just study vocabulary and verbs; you must also understand how to apply them in appropriate contexts.

You will discover grammatical concepts that will help you understand what you read through Quran Online courses. The good news is that after you’ve learned the fundamentals of Arabic grammar, the procedure will be a lot easier. 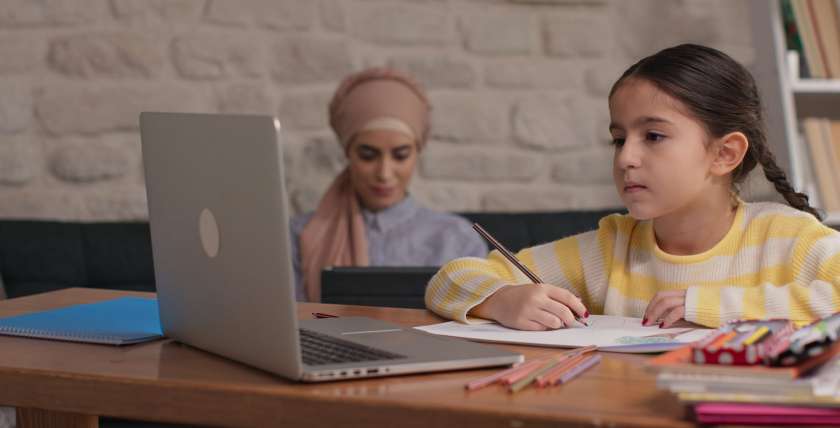 What To Expect From My Quran Tutor? 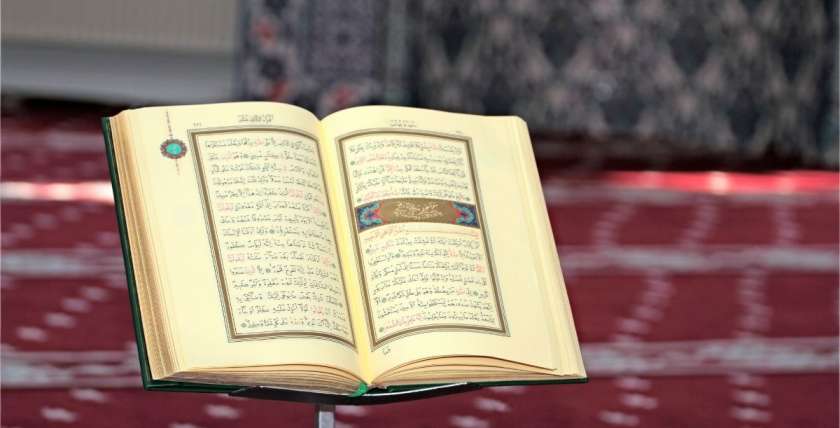 How to Learn the Quran Word for Word?