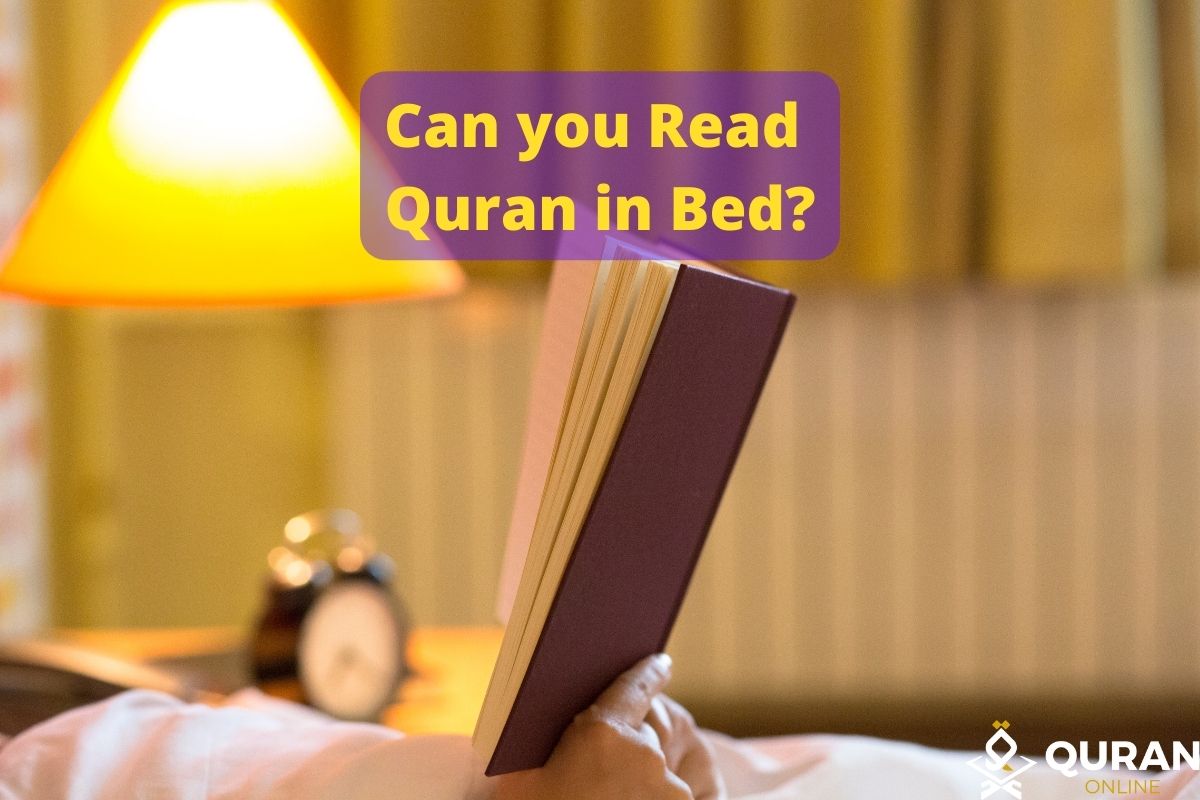 Can We Read Quran While Sitting in Bed?

3
Jul
In the Quran

There are specific rules for reading from the Mushaf. That’s why we will learn now if it is okay to read Quran sitting on the bed or not.

To read Quran you should sit in a respectful way and follow specific rules. For example, if you are going to read the Quran from the Mushaf then you must perform Wudu first.

It is recommended to read the Quran while facing the Qibla, sitting in a respectful manner in a quiet place with no source of distractions.

Allah says in the Quran about reciting Quran: “remember God standing, sitting, and lying on their sides.” (3:191)

Also, Bukhari and Muslims narrated that the prophet used to recite the Quran while resting on something.

Now let’s see what the prophet told us about this topic.

Can we read Quran while sitting in bed?

Yes, you can read Quran while sitting in bed or lying in bed. You can read it whether from the Mushaf, memory, or your smartphone.

Al-Bukhari and Muslims narrated that the Prophet (PBUH) recited the Quran while lying in Aishah’s lap.

Al-Nawawi said: “This indicates that it is permissible to read Quran when reclining and lying down.”

A person may recite Quran whatever position he is in; standing or sitting or reclining and whether he has wudu or is in a state of minor impurity if he is reciting from memory.

But if he is reading from the Mushaf; then it is not permissible for the one who does not have wudu to touch the Mushaf; unless he has done wudu.”

Some scholars define reading Quran as part of the Dhikr, and Allah says in the holy Quran:

“And whoever turns away from My remembrance – indeed, he will have a depressed life, and We will gather him on the Day of Resurrection blind.”

Imam al-Qurtubi said that the part “And whoever turns away from My remembrance” refers to reciting Quran and use what we learn from it in our daily life.

“He who (turns away) from My religion, reciting My book (al-Quran) and (turn away) from practicing what is stated in it.”

From what he said it is now clear that reciting Quran comes under the category of Dhikr, and Allah says:

“Who remember Allah while standing or sitting or [lying] on their sides and give thought to the creation of the heavens and the earth, [saying], “Our Lord, You did not create this aimlessly; exalted are You [above such a thing]; then protect us from the punishment of the Fire.” Surah Al ‘Imran (191)

Imam al-Nawawi used that verse to clarify that a person can read the Quran sitting on bed or lying down and he said:

“If a person recites the Quran while he is standing, lying on his bed or in other positions, it is permissible and he is rewarded.”

To summarize that, you can read the Quran in any state, because what is important than sitting up straight or anything else is remembering Allah all the time. So, if you are going to do so while lying down or while sitting on bed then do it, don’t let anything stop you from reading Quran.

Can I read Quran while lying on bed without Wudu?

Yes, you can read Quran without Wudu while lying on bed, but only if you are not reading from the Mushaf itself. Because one of the rules of holding the Quran is to be in the state of wudu.

Read from your smartphone or from memory if you memorized the Quran there is nothing wrong with doing so. The prophet (peace and blessing be upon him) used to read some surahs before going to bed, like surah Ikhlas, Falaq, and Nas.

Aisha narrated: “The Messenger of Allah (peace and blessing be upon him) used to put his palms together, blow upon them and then recite “qul huwallahu ahad”, “qul audhu bi rabbil falaq”, “qul audu bi rabbin nas”, after that rub his whole body with his palms beginning from his head and face to wherever he could touch. He used to repeat that action three times.”

Bara bin Adhib narrated that the prophet (peace and blessing be upon him) said:

“When you go to bed, perform ablution as if you will perform prayers, then lie on your right side and pray as follows: ‘O Allah, I surrendered my soul to You. And I assigned my tasks to You. Since I love you and I fear You, I leant my back against You. I take refuge only in You. I believed in the Book You revealed and the Messenger You sent.’ If you die that night, you die as a Muslim and as a believer. The last words you say should be as I stated.”

Also, you will find the following paragraph regarding reading Quran while sitting in bed in the book “al-Fatawa’l-Hindiyya”: “There is no drawback in lying on one’s side when reciting the Qur’an. However, in the meantime, one should stretch his/her legs but should bend them. There is no drawback in reciting a chapter or a verse from the Qur’an, either. However, in the meantime, one should not cover his/her head with a blanket. The blanket takes the place of the dress. If it is not applied as mentioned, it is not permissible to recite it.”

We have seen from the verses of the Quran and the prophet hadiths that it is permissible to read the Quran sitting on the bed or lying down. Because what is important here is remembering Allah all the time.

In the end, if you have any questions visit our website QuranOnline.com and you will find the answer you need. 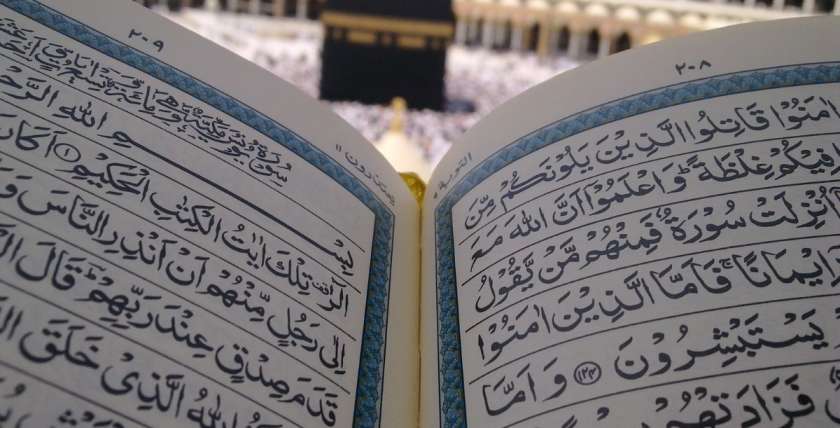 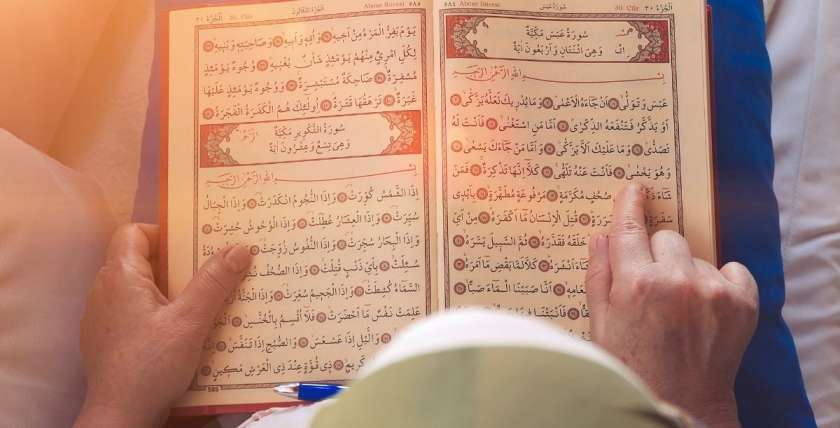 How Much Quran Should You Read Daily?

The Amazing Benefits of Reciting the Quran Every Day

How Quran Can Bring Changes in Our Daily Life?

How to Start Reading Quran Daily?